The Umbrella Academy follows the estranged members of a dysfunctional family of superheroes - The Monocle, Spaceboy, The Kraken, The Rumor, The Séance, Number Five, The Horror, and The White Violin - as they work together to solve their father’s mysterious death while coming apart at the seams due to their divergent personalities and abilities.

On Hiatus/Break
Add this show to your profile to be notified when it will return to schedule.

Reeling from the events at Dealey Plaza, the siblings head to the farm to help save Harlan — only to find themselves drawn into a deadly showdown.

The cast began filming season two of Umbrella Academy in June this year (2019), and bearing in mind that Blackman previously said that it takes "around 18 months" to make each series, we'd expect it to land towards the end of 2020.

The Writers say there is enough material for more. 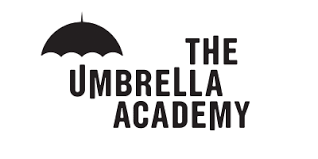 View All [0]
[no characters found]